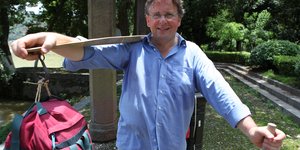 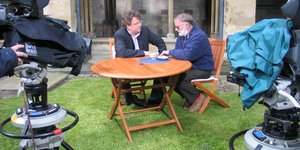 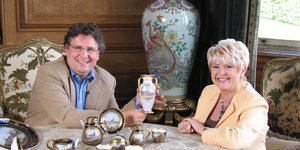 For BBC Radio 4 I retraced the historic China-trade route from Jingdezhen down to Canton -  an 800 mile journey made by over 99% of Chinese porcelain destined for European palaces and stately homes.  It was titled China on a Plate. My producer was Marya Burgess.

Then in 2011 for BBC 4 we filmed the same epic  journey for BBC 4's Handmade series.  The film has been shown throughout the world and in 2013 we return to China to film a sequel,  China in Six Easy Pieces, this time focussing on ceramics for the imperial Chinese court  (dir. Ian Denyer, for Blast! films)

Summary of all broadcasting