Interested in all aspects of Man's many Uses of Clay
(talk: Beyond Earth  from Stone Age to Space Age, a Brief History of Clay)
Regular contributor to the Antiques Roadshow (since 1986 - 2021 ongoing).
Own Antiques TV and radio series plus writer/presenter on several BBC TV documentaries in China, Scandinavia and England.

An art consultancy, with focus on Ceramics and William Hogarth

Talks and lectures worldwide, on Clay and Culture.
Audiences range from educational institutions (i.e. universities, schools, etc) to other learned plus arts and heritage societies (including The Arts Society (accredited speaker), National Trust, The Royal Institution, The Harveyan Society, The Oriental Ceramic Society, The English Ceramics Circle), plus friends of various Museums and Galleries (e.g. the V&A, Ashmolean, Fitzwilliam) as well as, to Festivals, Conferences, Social, Corporate and Business gatherings as well as private functions.

BritCham Shanghai and Beijing (since 1999)

Keynote, motivational and after-dinner / guest speaker -over 40 years in the worlds of Art.

Devizing and leading Cultural Tours for various travel companies (including Martin Randall Travel and ACE) with visits to visiting China, Scandinavia, Germany as well as London and other UK venues.

As a freelance broadcaster I work regularly with the BBC: from 1986 to 2018 on the Antiques Roadshow, plus dozens of TV and Radio programmes including my own series, Inside Antiques (BBC2), Hidden Treasures (chairman and writer, Radio 4), and on the Art of the Baroque (Radio 2), not to mention the occasional contribution to Woman's Hour  - on Scandinavian knitwear ; on Archive on Four with Men in Bow Ties.  In 2011 and 2013 I filmed two documentaries on the China Trade shown on the BBC and still syndicated throughout the world: Treasures of Chinese Porcelain and China in Six Easy Pieces.  I also filmed One Man and his Pug - a journey with William Hogarth and his pet dogs, in the hope of re-discovering the long-missing terracotta model by L-F Roubiliac.

Hogarth’s China (1997); the Little Brown Encyclopaedia of Antiques (with Paul Atterbury); Treasures in your Home (Reader’s Digest, with editor David Battie); and two books for the BBC under the Roadshow banner, one on How to spot a Fakes, the other on 20th Century Antiques.
contributor/ occasional columnist  to newspapers and magazines
____________

Born in 1954 in Copenhagen, educated in England. Influenced from an early age by my Danish grandfather, H C Broholm of Nationalmuseet, Copenhagen   I read archaeology ('Arch and Anth') at Gonville & Caius College, Cambridge University (1973-76).  The Master of my college  was the legendary Joseph Needham, instigator of the multi-volume History of Chinese Science and Civilization (CUP). At Sothebys (1977-1993) specializingin Chinese Ceramics under Julian Thompson;  director and auctioneer and representing Sotheby's throughout its European offices. 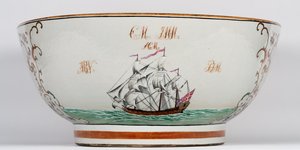 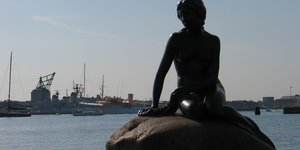