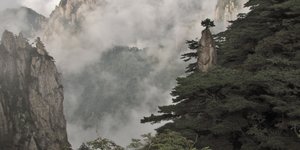 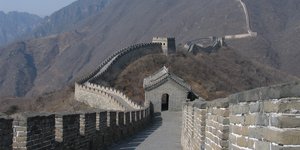 "There would be a lustre reflected upon [your children] from your spirit and curiosity. They would be at all times regarded as the children of a man who had gone to view the wall of China."
- Sam Johnson to James Boswell

In conjunction with several cultural travel agencies (Martin Randall, Cox and Kings) over the last few years I have led several small groups around China, the latest being a three-weeker for Quadrant Travel(Australia) from Beijing to Shanghai via Jehol, Xi'an, Jingdezhen, The Yellow Mountains, Hangzhou, and Suzhou.  I aim to return for a different route in Autumn 2013 or perhaps later.

If you wish to be kept informed of future tours please fill inthe form at on this site.

Also with Martin Randall Travel was my tour to Denmark, Danish Art and Design (2008), visiting my home town of Copenhagen with excursions to Odense and Aarhus. Copenhagen is a fabulous city for museums, galleries, castles and other architecture   -and, of course, for Modern Design.  The food isn't bad either.

As the Foundling Museum's roving Ambassador and Hogarth Curator many of my talks are based on London.  The most ambitious London tour was this year's (2012) Headlong with Hogarth.  Devised in conjunction with Martin Randall Travel, to be repeated at the end of October, we visit the major London sites and galleries containing some of Hogarth's most famous works, concluding with well-earned wine at Hogarth's House in Chiswick

Cruise and see the world in outline.

Each year I join at least at least one cruise as Guest Lecturer, usually with colleagues in the Antiques/Arts business.  By October I'll have done three 2012 cruises on Fred. Olsen ships  -through the Panama Canal to Central and Southern America; and later in the year, two to the Baltic).

Olsen was my first cruise guest-lecturing trip (1997) since when my family and I have travelled with them many times: through the Baltic; the Mediterranean; to the Norwegian fjords up to North Cape and on to Spitzbergen; to Iceland and Greenland; to Newfoundland and up river to Quebec as well as to the Amazon and the fiendishly hot Devil's Island;  with Radisson/Regent we sailed out of Cairns (Australia) across the Great Barrier Reef to the Coral Sea, Papua New Guinea, Trukk, the Marianas, Saipan, Japan, Korea and into Shanghai; with Cunard (on the Queen Elizabeth 2) we stopped in Portugal, Spain, Sicily, Malta and Croatia ; with P&O we sailed from San Francisco to Hawaii, Pago Pago and, most remote of all, to Tonga.